Both groups took out their tools – for one, lenses, filters and flashes and for the other, sponges, brushes and pallets. In the back room, chatter in Italian could be heard: talk of hair, makeup and styling. While in the front, there was direction in English on aperture, lighting and posing.

The first model walked out and it became quieter, more serious. The photographers found their angles. And the two seemingly very different scenes from the start, came together easily.

This was the first collaboration on Tuesday between USAC’s photography course and Background Academy, a modeling school in Viterbo.

It was a chance for the students in the photography class to practice shooting in a studio, suggesting poses for the models, working with different types of lighting and also practicing their Italian. In turn, the models were able to practice their English comprehension.

The director of the modeling school, Antonella Polini, was grateful for the opportunity for her students to practice English and to build a foundation with USAC.

“It is always good to get a taste of different cultures,” she said in Italian. “English is important for traveling around the world.”

Polini has been involved in the fashion world since she was 18 when she became a model, and she continued modeling until she was about 30, working all over Italy and the world.

“Che fortuna prima!” she said with a laugh.

People called her crazy when she moved to her husband’s hometown of Viterbo and wanted to open a modeling school there nine years ago.

But she has proved them wrong.

The business has found success and become a social point for young people, which is important, Polini said. About 50 percent of the models that come through there go on to become professionals.

“Through time this place has had a revolution,” she said.

One of the young models a part of this so-called revolution is 19-year-old Roberta Esposito, one of three models that worked with USAC on Tuesday.

In between bites of her panino and pausing while the makeup artist puts on multiple layers of mascara, she tells me she has been modeling at this agency and in Rome for two years now and is still in high school.

On the other side of the lens was a group of about 10 USAC students including Quinn Western, a senior journalism major at Chico State in California.

Western has experience with street and studio photography and has also done modeling before in Chico and Sacramento. She enjoys talking to models to get them to open up more.

“Her favorite animal is a dolphin, in case you’re wondering,” she said.

USAC’s photography class offered at Tuscia University has made her think more creatively.

“I’ve been pleasantly surprised with the amount of opportunities we’ve had with this class,” Western said. “We’ve gotten to pursue and dabble in getting a perspective from a photographer in a different country.” 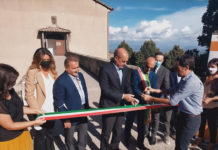 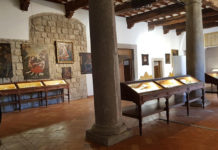 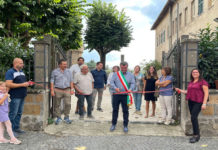 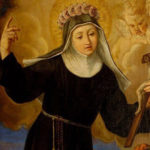 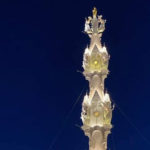 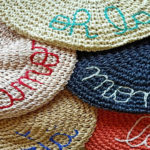 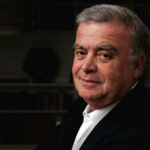 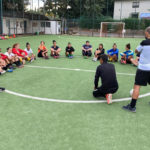 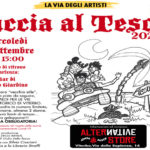 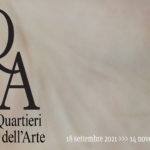 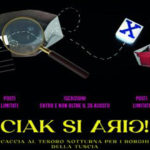 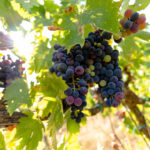 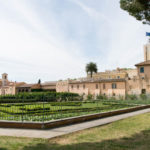 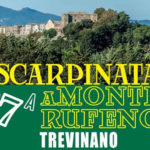 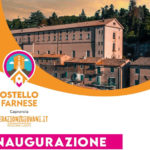 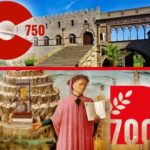 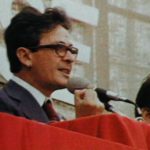 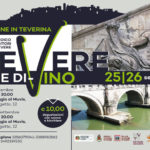 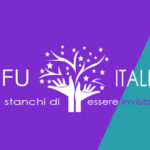